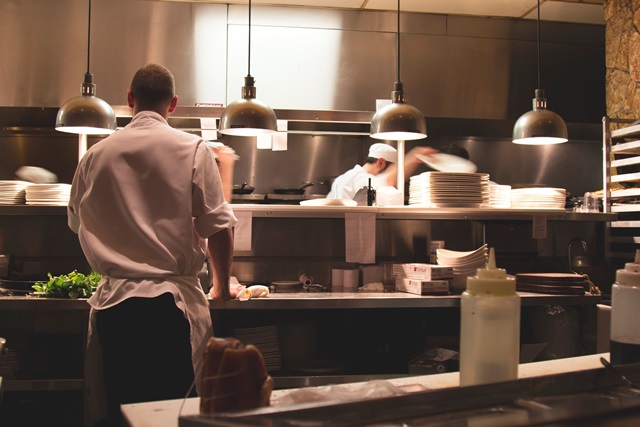 Salt Lake City, UT – The majority of restaurant and eatery owners already understand the responsibilities of operating a commercial kitchen, including cleanliness for food hygiene purposes. However, proper cleaning should also incorporate a thorough cleaning of the establishment’s ventilation systems to prevent future problems.

Grease, dust, and cooking odors can build-up within HVAC (heating, ventilation, and air-conditioning) units and cooker hood systems, significantly increasing the risk of sparking a fire. While the majority of commercial kitchen facilities maintain a fire suppression system, it’s still possible that grease build-up within cooker hood units or exhaust fan filters could increase the risk of fire.

Statistics published by the National Fire Protection Authority (NFPA) show that 61% of fires reported in eating and drinking establishments were caused by cooking equipment and cause around $165 million in direct property damage losses annually. The same statistics also reveal that cooking materials were the first item to ignite during 43% of the commercial kitchen fires reported.

Grease is highly combustible, especially when it is allowed to accumulate within baffle filters. grease trap cleaning regularly can reduce the potential fire hazard lurking in cooker hood and exhaust ventilation systems.

Depending on the size of the kitchen, grease trap cleaning is a process that can take between 3 and 6 hours. The majority of commercial kitchen owners hire a professional hood cleaning company capable of removing, cleaning, and pressure washing filters and ductwork properly.

Learn More About: Why You Should Be Putting Effort into Selecting the Best Commercial Grease Trap Cleaning Services

About us: Hood Builder has been providing a diverse range of professional HVAC maintenance, hood installation, and cleaning services to clients in Cheyenne, Wyoming, Salt Lake City, Utah, San Francisco, or Colorado for more than 25 years.

Source Denver, CO – Hood cleaning is a necessary process all commercial kitchens, food trucks, and other establishments must go...

Source Denver, CO – Building a food truck you intend to cook on involves lots of planning and designing before...

What to Consider When Remodeling Your Restaurant